Do you have employees driving for your business?

Drivers frustrated with sharing the road with slower cyclists honk their displeasure as they pass; cyclists occasionally gesture in response in defence or startle pedestrians on sidewalks as they try to avoid the motor vehicles.

So what are some of the laws facing cyclists and drivers?

The use of bicycles on British Columbia’s roads and highways is governed by the Motor Vehicle Act, R.S.B.C. 1996, c-318, in particular s. 183 of the Act, which reads: “in addition to the duties imposed by this section, a person operating a cycle on a highway has the same rights and duties as a driver of a vehicle.”

Further, just like drivers of motor vehicles, cyclists are prohibited from driving on sidewalks (in the case of cyclists, by s. 183(2)(a) of the Act).

But there are a few rules that, when followed, will seem to put cyclists and motor vehicles into conflict (aside from driver or cyclist inattention).

Drivers of motor vehicles expect cyclists to keep to the right side of the road, quite often expecting cyclists to ride on the paved shoulder of the highway or what is sometimes erroneously referred to as the “emergency lane”. However, as foreseen by the Act, that’s not always practicable, so cyclists will move into the travel portion of the highway to avoid obstacles such as broken glass, excess gravel, broken pavement, accident debris, or even road signs. Often, there are no paved shoulders, or in the case of urban streets, the shoulders are either sidewalks or parking lanes. (Only in a few instances in Penticton are lanes for bicycles actually established, such as Government Street.)

For cyclists, any venture off the paved shoulder into the travel portion of a roadway is fraught with peril. So, too, is travel on the right side of a roadway where there is no paved shoulder. Whenever a motor vehicle, travelling at speeds of 50 km/h or 90 km/h or even greater, passes a bicycle travelling at 20-30 km/h, there is the potential for a dangerous interaction.

One rule for drivers of motor vehicles to be mindful of is s. 157 of the Act, which states that when passing another vehicle (including bicycles), vehicle must pass on the left “at a safe distance” and must not return to the right side of the roadway “until safely clear” of the overtaken vehicle.

Let’s face it, in a collision between a cyclist and a motor vehicle, the cyclist always gets the worst end of the deal.

Recently the Ministry of Transportation announced plans to enforce s. 150 of the Act, the law which prohibits slower drivers from driving in the left lane of a two-lane highway except when passing. So far, the publicity has focused on the exceptions to the rule being when passing other cars, but not bicycles or other users of the road who may also require drivers in the right-hand lane to move over to give them additional room for safety. 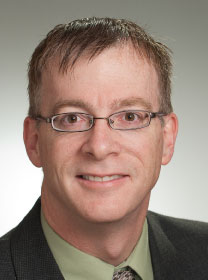 Next article How Innovative is your Business »