Housing in Saskatchewan getting sorted out.

It is now five consecutive months that the price of a new home in Saskatoon has fallen.

Fewer buyers and extra inventory are the primary reasons for the cost of buying a newly-built home in Saskatoon dropping. The monthly tally of new home construction across the country shows that a few major cities are experiencing the same thing….the others are in New Brunswick. The downward trend in Saskatoon, though, is slowing so the worst of it may be over for builders as prices are still going up everywhere else.

StatsCan, which tracks the numbers, says the Saskatoon situation is the result of lower negotiated prices between buyers and sellers. For much of last year, it was Regina that was seeing a similar story, however, that has reversed itself as the cost of a new house in the Queen City actually rose slightly in January compared to December.

These findings reflect the broader trend in the market where new home starts dropped in Regina last year and is becoming evident in Saskatoon this year.

There is a little bit of action appearing in the local home construction market.

Development of new residential property has slowed down, matching the decline in migration to the province as the economy slows. But the trend line is not perfectly straight.

February was a good example. Starts of new single family houses jumped by 50-percent in Saskatoon in the month. Regina starts nearly doubled.

But then when you look at another category, the story changes again. Starts of multi-family units in February cratered in Saskatoon, down about 75 percent from last February. Regina, though, saw a big increase.

Now that’s for February. But when you include January, the most interesting factoid is that Regina is tracking almost exactly the same in 2016 as it did a year earlier. The big change is in Saskatoon where starts have fallen by forty percent.

What we see here is that Regina appears to have sorted out its oversupply issue as builders pulled in their horns a year earlier than Saskatoon contractors who are now following the same track as their southern counterparts.

The headlines that read something like this: the falling price of oil or the declining Canadian dollar are in need of some retooling.

It is easy to fall into the habit of trotting out a phrase or line that has been in play for a while…it’s not so easy to remember to check the basis for that line once in a while.

Consider oil. It closed last night north of $38 a barrel for WTI. Not so long ago it was $28 a barrel with forecasters saying $20 was the next milestone. Well, in fact, the exact opposite has happened. Oil has risen $10 in a matter of weeks and, when you base that on a $28 figure, that’s an increase of 30-percent.

The dollar, meanwhile, closed at roughly 75.5 cents yesterday. Back in January – just a few weeks ago – it was 68 cents. That’s means we’ve seen a 10-percent improvement.

All of this suggests we may have seen the bottom of the down cycle and are now headed in a positive direction.

Paul Martin You’ve heard him on the radio, seen him on TV and read him in newspapers and magazines. Paul is a popular keynote speaker on topics ranging from the economy to tapping community potential. His unique blend of communication and business knowledge has made him a highly sought-after consultant. As the Chair of Martin Charlton Communications, Paul is MCC’s ‘go to’ guy for all things business in Saskatchewan. He is the chair of four Saskatchewan branches of TEC (The Executive Committee) – a global organization dedicated to improving the performance and enhancing the lives of CEOs – which has over 50 CEOs and senior executives among its Saskatchewan members. The long and short: Paul knows the province’s corporate community and business economy like few others. He is a potent conduit for anyone looking to do business in Saskatchewan, Canada’s fastest growing economy. His strategic advice is unrivalled. 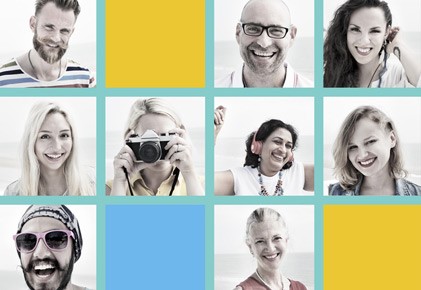 Previous article « How Diverse is Your Marketing?

Next article Protecting Your Legal Rights »